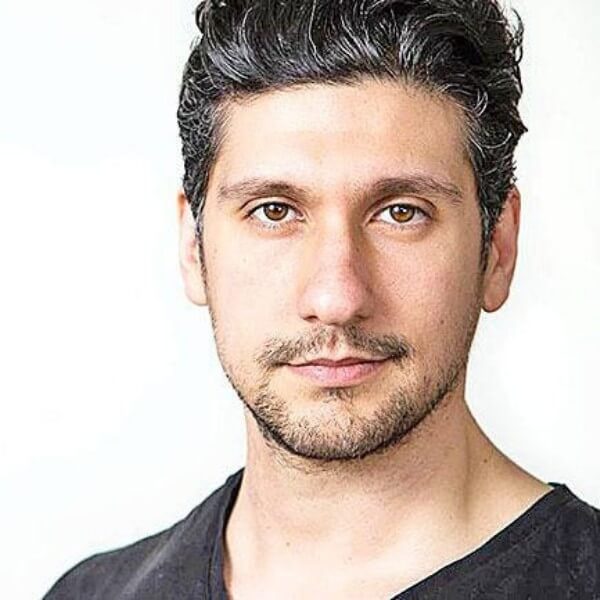 
Efthimios is from Toronto, ON. Growing up in a blue-collar family and living in a multi-cultural city, gave Efthimios his first influences as a comedian. His comedy gives us a hysterical insight into human nature and tears down many social conventions we take for granted.

While using his acerbic wit and charm, he is able to take audiences to places further than they had expected. This summer he will be debuting his one-man show ‘Disengaged at the Montreal Fringe Festival to be followed by the Toronto Fringe Festival. He’s also performed at JFL northwest, the Hubcap comedy festival, CBC’s The Winnipeg Comedy Festival and CBC’s LOL. You can hear him on Sirius XM where he’s released his first album ‘Efthimios’. It is available on iTunes.

He currently resides in Vancouver BC 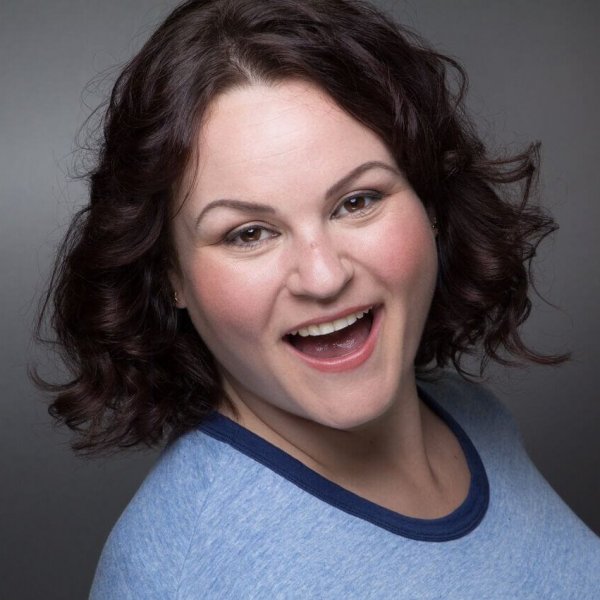 
Did you have that babysitter who was the first person to explain what a bikini wax was? She was the one who always snuck into your mom’s scotch, gave you a nip, then had a screaming fight with her boyfriend on your land line, warned you off all men, then the boyfriend showed up and they spent the rest of the night making out on your couch.
No? You do now.
Kathleen has been seen at Just for Laughs on The Nasty Girls Show, JFL Northwest Nasty Show, a finalist in SiriusXM Top Comic, Winnipeg Comedy Festival, CBC Debaters, CBC Television, Bite TV and can be heard regularly on Sirius XM Radio. She has opened for some of the biggest names in comedy right now including Russell Peters, Hannibal Burress, Dave Foley & Ari Shaffir.
This girl's unapologetic and dark sense of humor will have you talking long after the show is over. 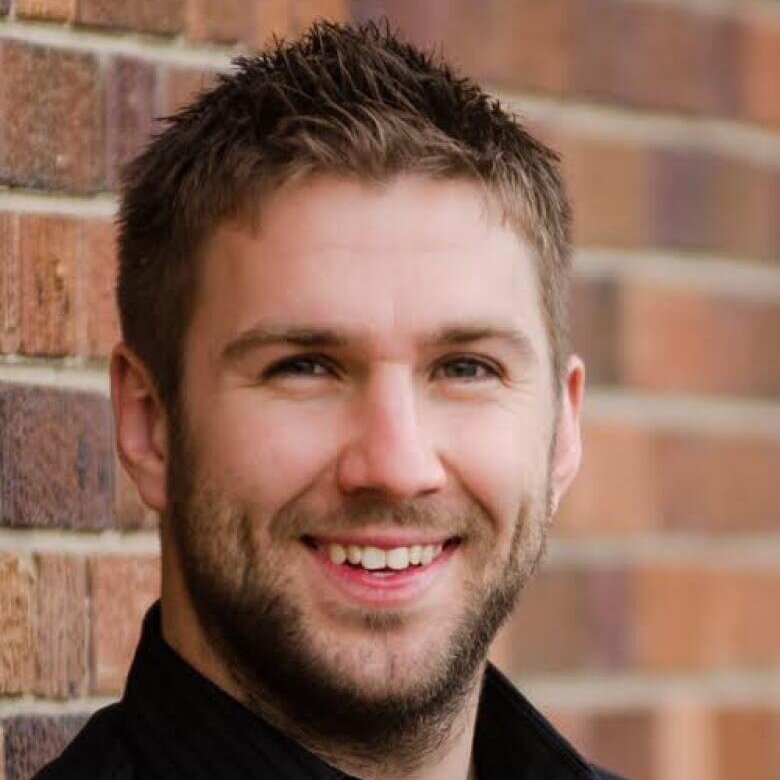 
SiriusXM says "Myles Morrison is real deal hilarious." Saskatoon born Myles Morrison has performed in 12 different countries overseas for NATO soldiers. With appearances on Just For Laugh’s JFL42, CBC's Laugh Out Loud, SiriusXM's Laugh Attack and Bite TV’s Comedy Time, Myles consistently wins over crowds with his candid approachability and captivating stage presence. In 2018 Myles was a finalist in SiriusXM's “Top Comic" and the Interrobang and Cottage Country Comedy Festival called him "one of the funniest comedians in Canada." Myles' albums "Uncommon Nonsense" and “Comedy Crawl” (#1 on iTunes) can regularly be heard on SiriusXM's Just For Laughs Canada, and his comedy sketches were official selections at the YYComedy Festival. Myles' clever blend of observations and storytelling immediately grab the whole audience's attention and never lets it go. His wit, charm and quirky view of the world will leave your sides sore from laughing. 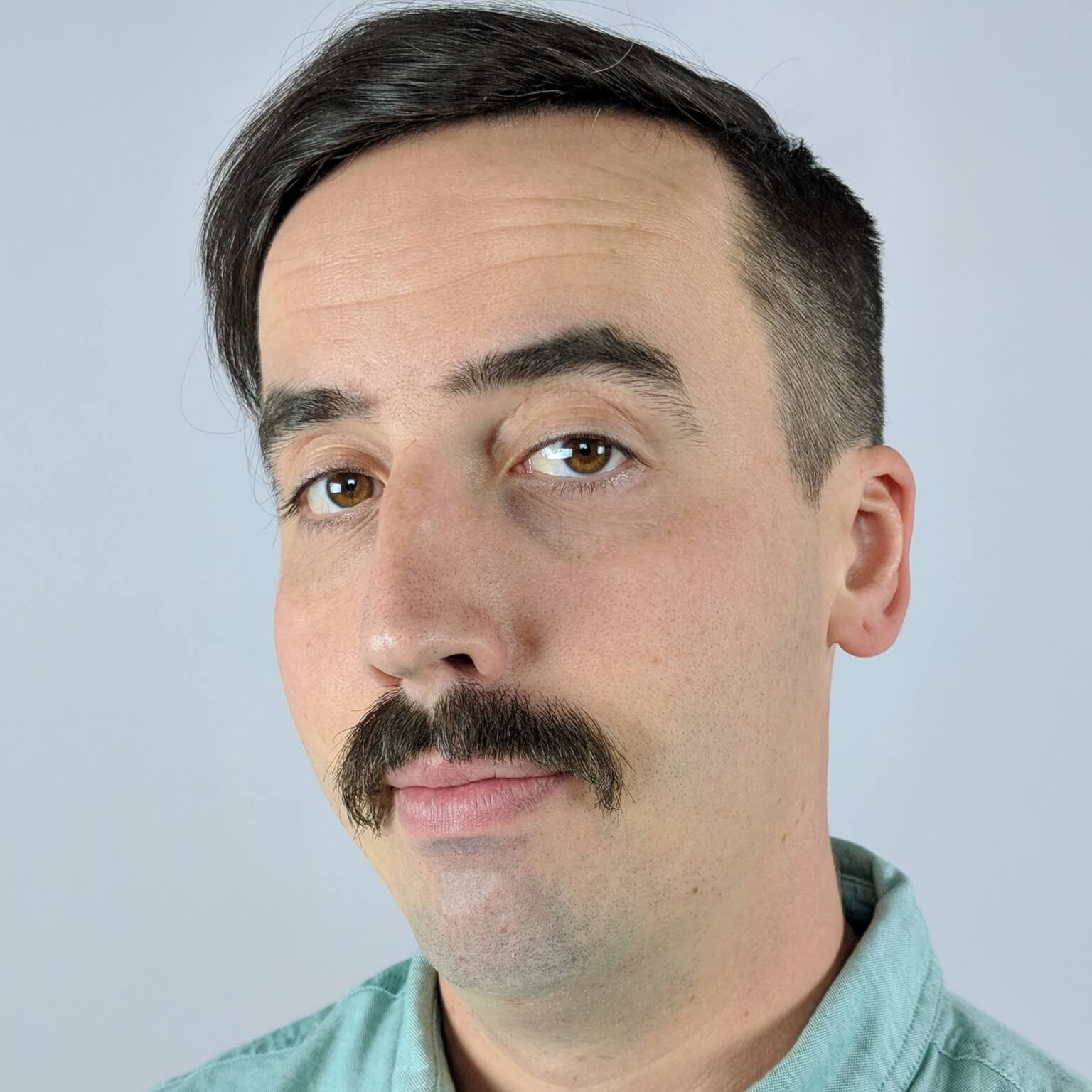 
Tim is a comedian and a member of sketch comedy group HUNKS. His foray into comedy began in 2008 at the University of Manitoba where he produced a monthly show at Degrees Diner, a weekly radio show for UMFM and formed the U of M Comedy Club.

In 2015 he started a monthly show at Wee Johnny's Irish Pub, a nearly bankrupt Irish Pub in the heart of Winnipeg’s exchange district. The shows were frequently featured on ‘CBC’s top 5 things to do in Winnipeg’ list and eventually grew into a thriving comedy pub with shows happening 5 - 6 nights a week.

In 2017, HUNKS performed in the Chicago Sketchfest, San Francisco Sketchfest, Improvaganza (Edmonton), Edmonton Fringe Fest (4 STARS) and sold out shows at JFL Northwest (Vancouver) and Toronto Sketchfest. Currently, HUNKS is growing their YouTube channel with several new sketch series being released weekly in 2019 and working on a new live show.

As a stand-up, Tim has been a fixture on the Winnipeg comedy scene for over a decade including 7 appearances at the Winnipeg Comedy Festival. Recently, Tim released his debut comedy album called “You Gotta Laugh”. He has appeared twice on CBC’s The Debater’s including one debate that resulted in him marrying his opponent, Dana Smith. 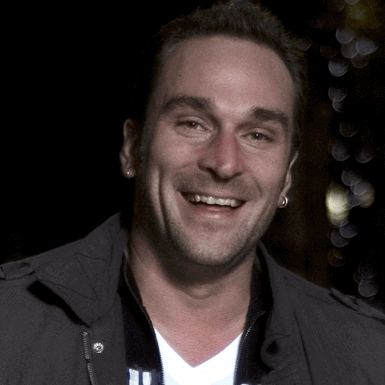 
Montreal-based Derek Seguin is one of the most sought after stand up comedians on the international circuit. He has performed at the prestigious invitation-only Just For Laughs festival an impressive six times. Last year he filmed a gala set for HBO at the festival where he received a standing-ovation at the city’s 3,500 seat Place des Arts. This led to an invitation to perform at this year’s Nasty Show.
Derek’s other televised appearances include performances at the CBC Winnipeg and Halifax festivals, The Newfoundland Comedy Festival, the Grand Rire du Quebec’s Comedie Club series as well as the Just for Laughs Comedy Special, “Oh Canada!”. He has also appeared on CBC Radio’s, “The Debaters” more than twenty-five times and recorded two episodes of CBC television’s, “The Debaters”.
Undeniably one of Canada’s hottest comedians, he has been touring clubs and theatres across North America intensely for the past few years and his debut concert album “Newfie Octopus” is a bestseller on CD Baby and on iTunes.
Whether he’s ragging on politics or describing life with his children, he brings us into his perspective without preaching any selfish point of view. His undeniable charm makes him simply fun to watch and listen to and is in large part why he is one of Canada’s most “in demand” comedians. The quintessential performer, Derek is a stand-up comedian, actor, host, narrator, voice actor and most importantly, father of 3 beautiful children… and all this, in both English and French (especially the “papa” part). 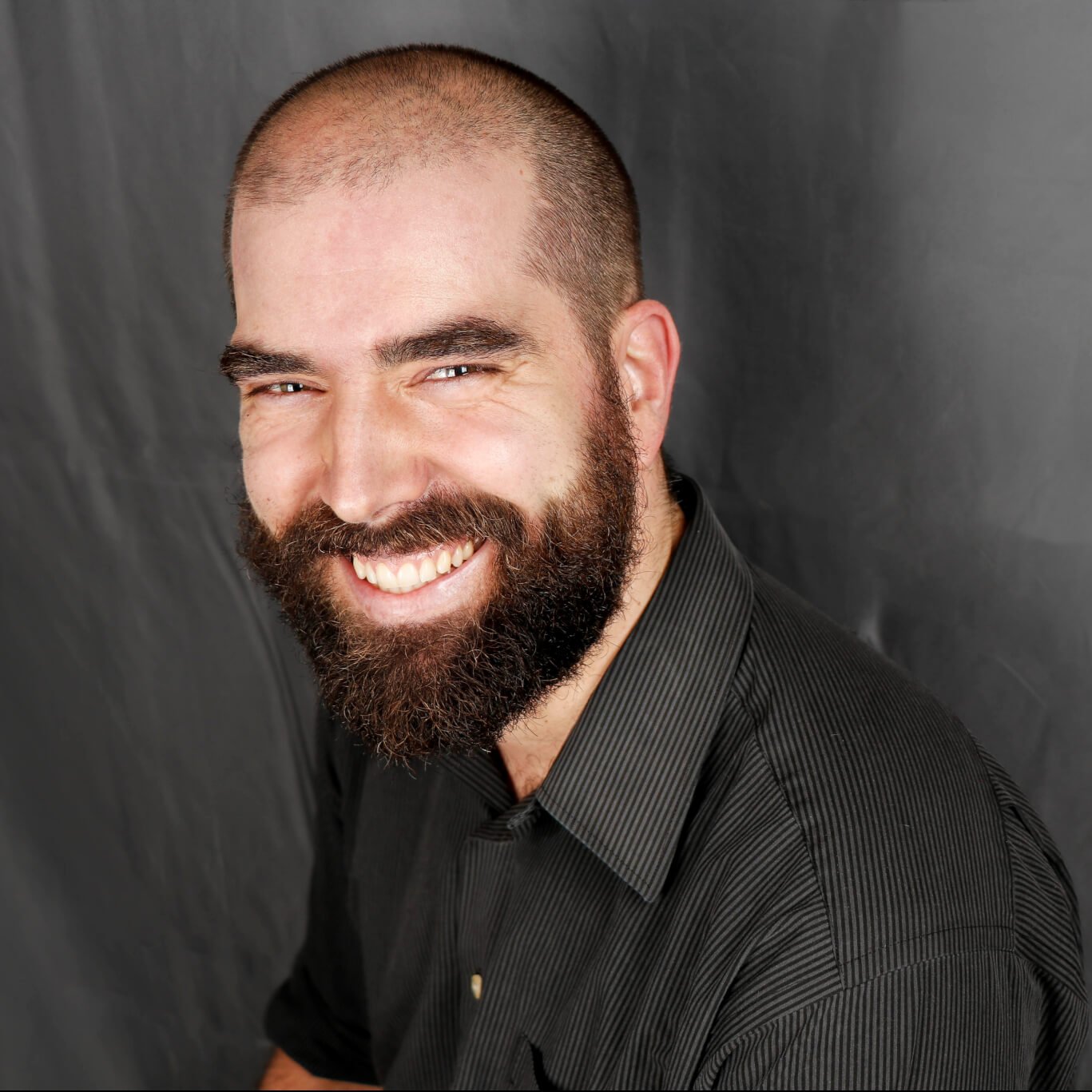 
Jerome Claveau (aka JayMan) was born in Quebec City. He started acting in amateur plays early in his life, but he switched to stand-up when he discovered the proximity and reciprocity this art form allows to foster with the audience. For the last three years, beside honing his craft, he's been working at creating a viable comedy scene in his home town, Quebec City.

He put up his own comedy show while helping many other comedians to do the same thing. He also co-created the HUMOUR Fest, an annual, underground comedy festival designed to give new comedians a chance to perform at a festival. On top of that, he hosts around 10 shows every month around the province of Quebec, and performs whenever (and wherever) possible.
Email at - quebec@canadianstandup.ca 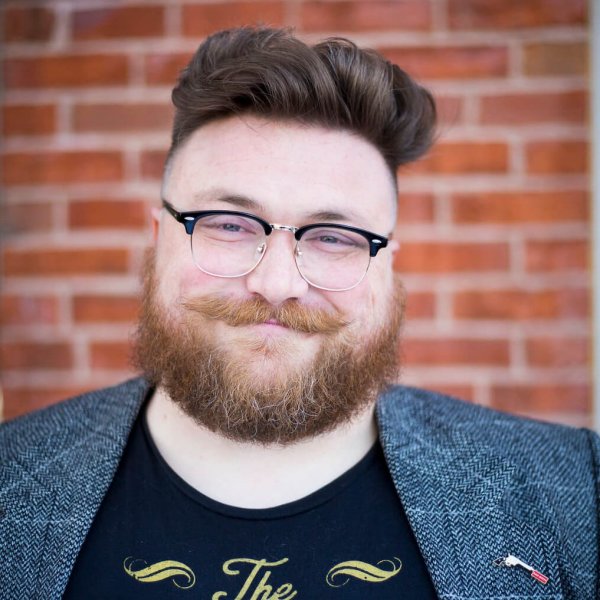 Much like another PEI character, Anne Shirley, Sam MacDonald calls PEI home despite being from another province. A rising star who has become a staple of the Maritime comedy scene, Sam shines whether he is performing as the nefarious Dr. Feinstein with PEI’s Red Rock Wrestling, producing and hosting the monthly Kraken Up Maritime Comedy Showcase, or establishing a platform for new comedic voices in his bi-weekly open-mic shows. A multi-award winner, Sam has found success in his work; he was awarded “Most Unique Concept” at Fringe 2017 for his interview series “What’s so Funny About?” as well as James Mullinger’s Comedy Bootcamp title “Funniest Person on PEI”. His friendly self-deprecating style will leave you unable to decide whether he would give really good hugs or need one really bad.
Email at - pei@canadianstandup.ca 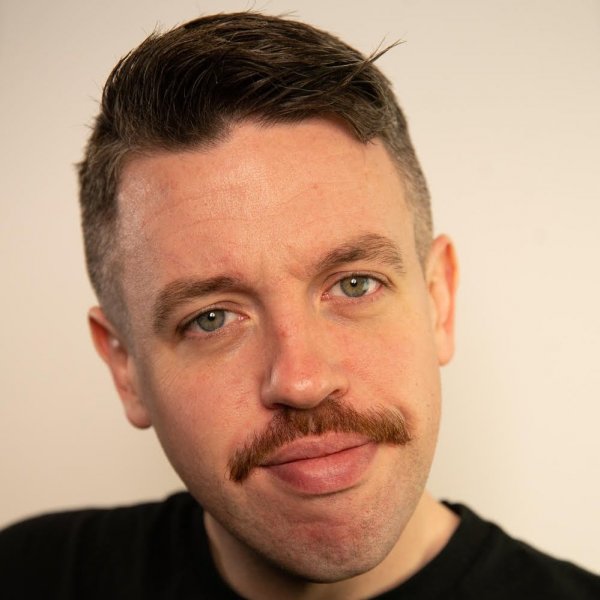 
Nick Martinello is a comedian based in Halifax, Nova Scotia who’s wry observational humour focuses on all the disappointments life has to offer. On stage, Nick delivers tightly written material and engaging crowd work.

Nick started his comedy career in Halifax in 2011, making moves to Toronto and the UK to take his showbiz dreams to the next level. Since his humble beginnings, he has written for Vice and CBC Comedy, and performed stand-up on CBC Television, at comedy clubs internationally, and major festivals including Just for Laughs Toronto, Edinburgh Fringe and The Halifax Comedy Festival. 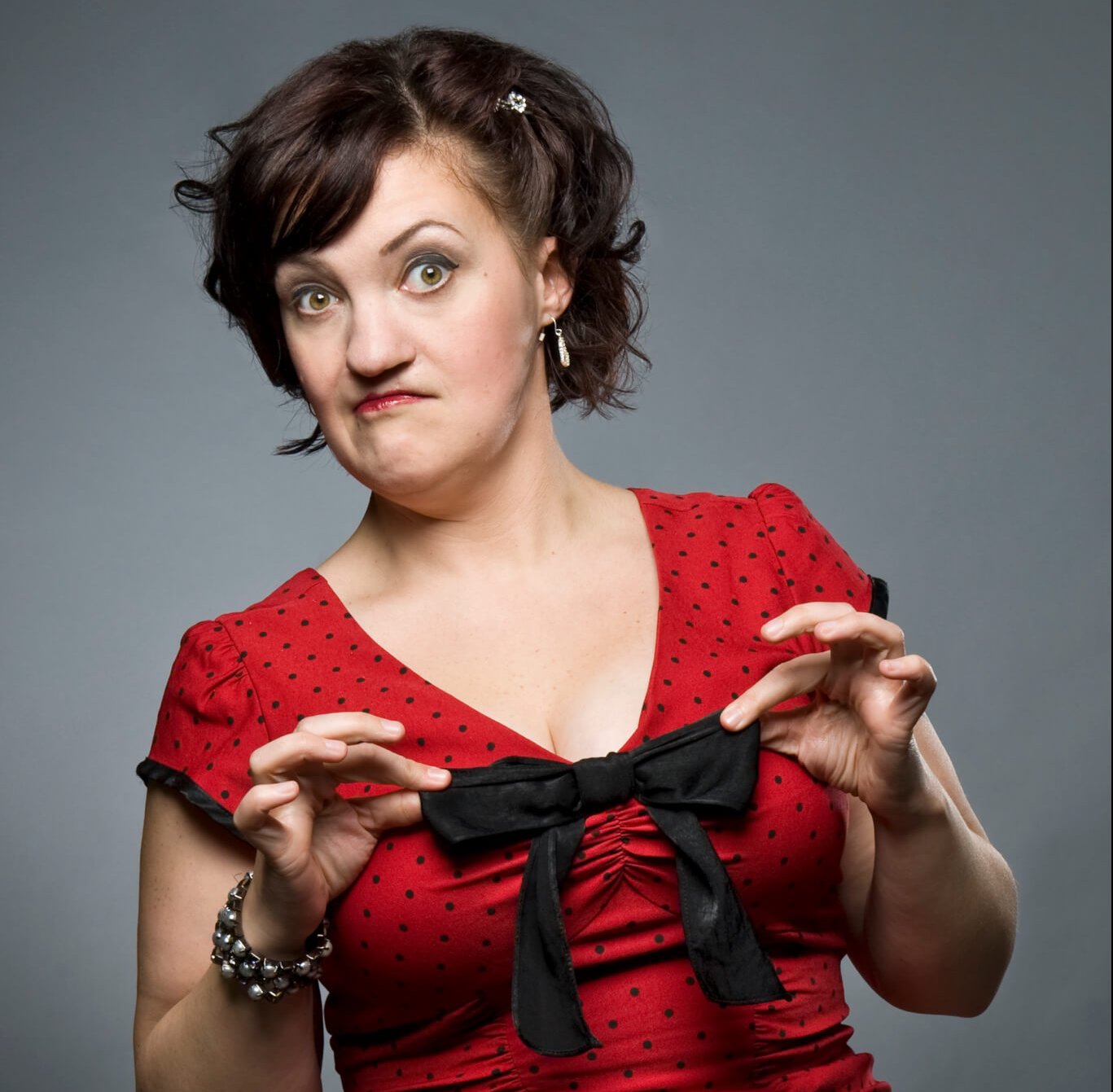 
Nikki Payne (also credited as Nikkie Payne), is a Canadian comedian and actress, from Lower Sackville, Nova Scotia, Canada. Born with a cleft palate, she is well known for incorporating her lisp into her comedy act.
She has won three Canadian Comedy Awards for Best Stand-up Newcomer and Best Female Stand-up in 2003, 2005 & 2008. 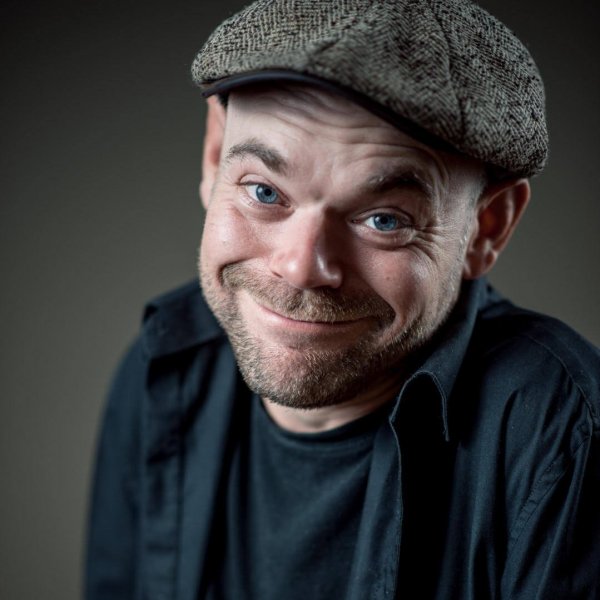 
A bilingual comedian and host, Martin's storytelling and humour are inspired by the American stand-up style. With his charming accent and impeccable timing, he has been making people laugh in the Maritime Provinces since 2012.
Winner of the 2016 L'Acadie Juste pour rire amateur competition, he appeared in Just for Laughs' Rendez-vous de la Francophonie, and Moncton's Hubcap Comedy Festival. He's recently done the Just For Laughs taping of D'Un Rire a L'Autre for Unis TV in Edmonton, as well as hit the Montreal stages. 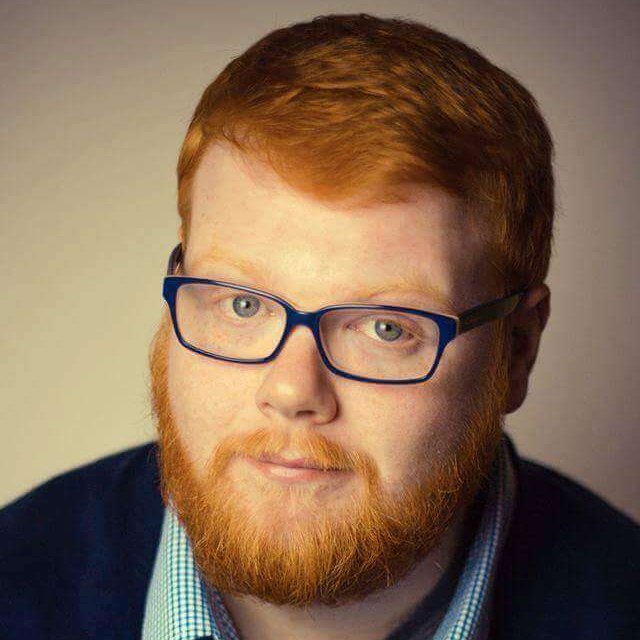 
Mike Hammond is a comedian, a writer, and an improviser. This skill set makes him unemployable. Since starting stand-up in 2012, Mike has performed all over Canada including performances with Deanne Smith, Chris Locke, and Mike Wilmot. As an improviser, Mike has learned and performed all over the world. He is also a founding member and current artistic director of Stanley Braxton Improv Co. in St. John's, Newfoundland. 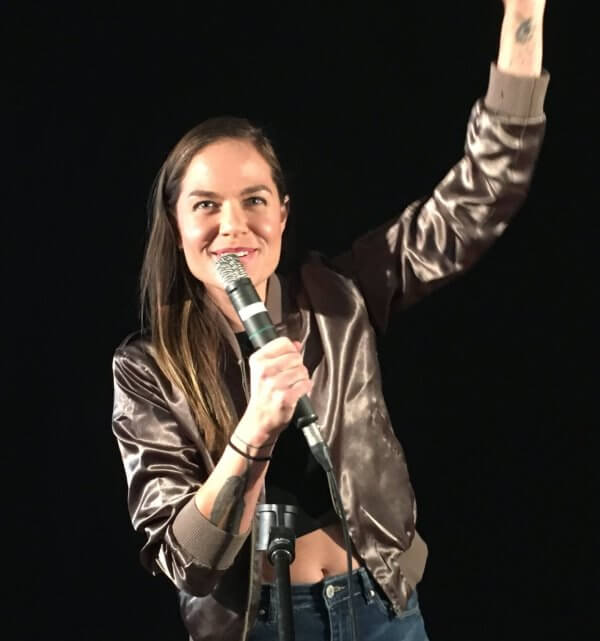 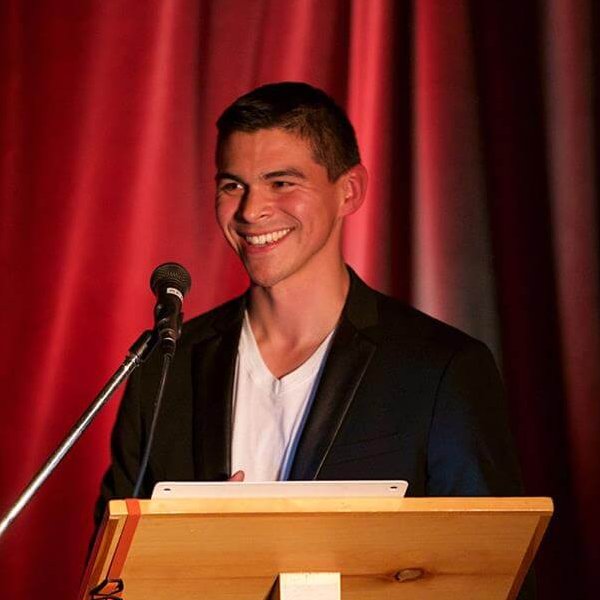 
Franco Buscemi is a co-founder and co-producer of Mahaha Comedy in Iqaluit, Nunavut. Mahaha has grown a comedy scene in Iqaluit for local artists to showcase their comedic talents


Interested in being our Northwest Territories Ambassador? Email us at info@canadianstandup.ca 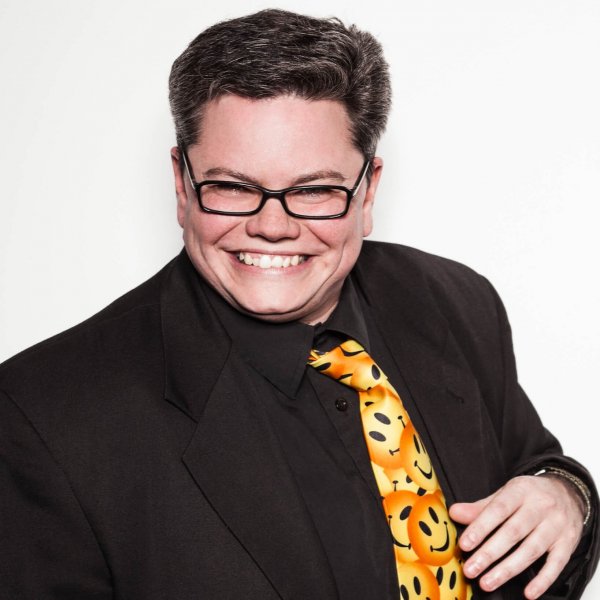 
Jenny Hamilton is a stand-up comedian from Canada's true north, the Yukon. Jenny has been entertaining people for decades, the last 10 years with a mic in her hand. Performing from Alaska to Australia, she is a crowd favourite of burly Miners and Grandmas alike, and everyone in-between. Jenny brings original and personal comedy to her shows. Growing up and living in the Yukon has given her a different perspective of the world. A facetious skewed view. 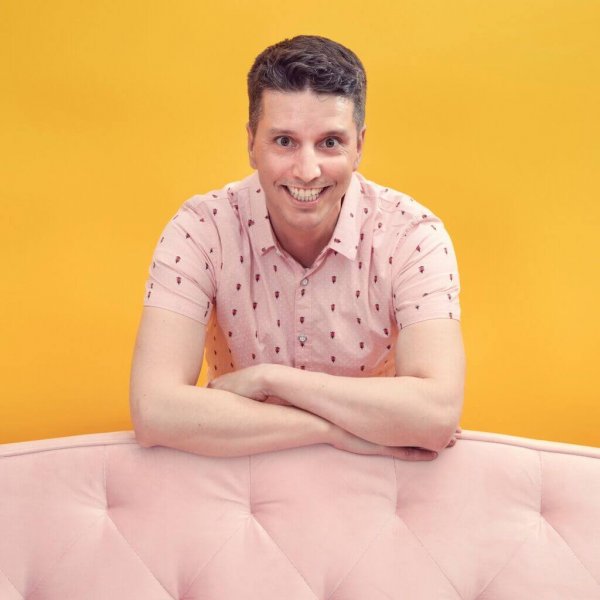 As a stand-up comic he’s been called “fresh faced and hilarious” and “a real gem” by NOW Magazine. He has performed at the “We’re Funny That Way” , Halifax, Winnipeg, Glasgow and Sudbury Comedy Festivals, is a rostered comic for the Yuk Yuk’s chain of comedy clubs and a sought after corporate comedian. In 2016 he made his debut at the prestigious Just For Laughs Festival in Montreal where he filmed a set for Kevin Hart’s new LOL comedy streaming platform His TV appearances include an hour long “Comedy Now!” stand-up special airing on The Comedy Network and MTV Canada, The Toronto Show, The Comedy Network’s “Canadian Comedy Shorts” and “Punched Up”, MuchMoreMusic’s “Heat Meter”,”, CBC’s Winnipeg Comedy and Halifax Comedy Festivals and Out TV’s “PopPorn”. His latest appearance at the Halifax fest now has over 2 million online views.

Ted can be heard around the world on Sirius XM Radio and in Canada is undefeated on CBC Radio’s “The Debaters”. He was featured in the short film “Parent Teacher” which was an Official Selection of the LA Comedy Film Festival.
2019 will see the release of his long-awaited debut comedy album “Dawn of the Ted” , an appearance on season 14 of “America’s Got Talent”, his 5th appearance at the Halifax Comedy Festival, a Gala taping at JFL Montreal and a Canadian Comedy Award nomination for Best Stand-up Comic

When Ted isn’t performing he works as a small animal veterinarian, has a nationally syndicated veterinary advice column on CBC Radio 1, and is featured regularly on Global TV’s Morning Show dispensing advice about your weird pets. 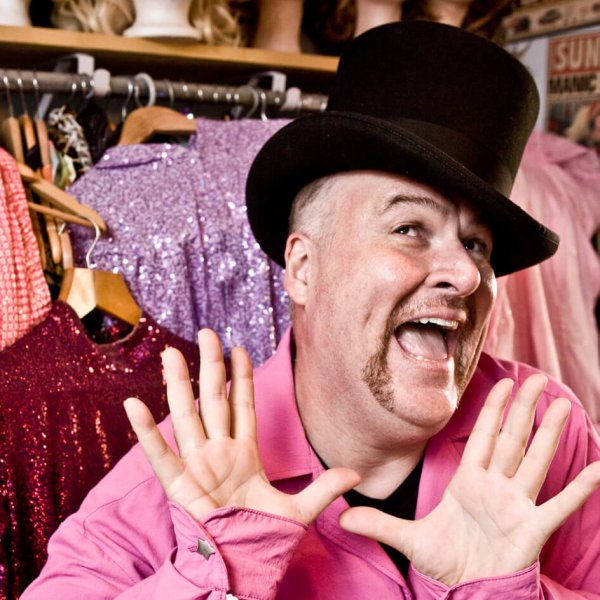 
Richard Ryder is a standup comic who's toured Canada and the world. Besides radio, he can currently be seen hosting the original Canadian series Knock Knock Ghost on OUTtv. When Richard's not caught up in the hoopla of his fabulous life, he can be seen on YouTube as Wilma Fingerdoo. 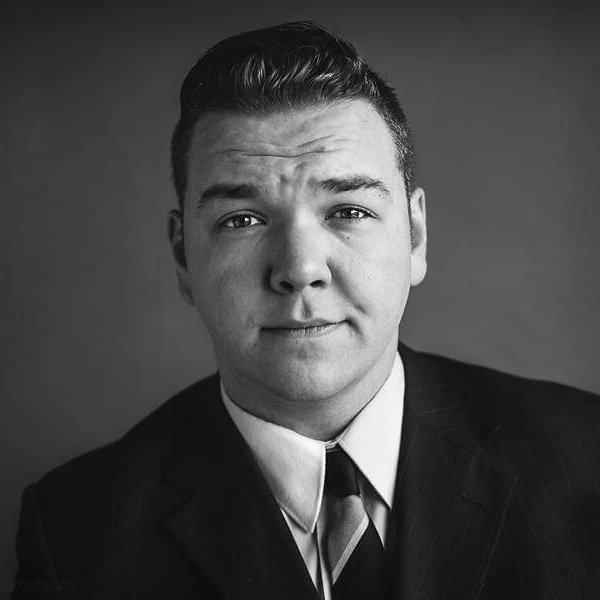 
Shawn McLaren has been involved in Northern Ontario’s creative community for over a decade starting with the Canadian Improv Games as a player and eventually as coach during the National Improv Games in Ottawa. His love for creative spontaneity and perhaps, his short attention span, has allowed Shawn to dabble in musical theatre, improv murder mysteries, film, radio and stand up comedy.