Who helps make all of what CASC does happen?

and some incredibly dedicated Volunteers

Plus, Partners and Friends such as:

In the seven months since our Plan of Action was launched in March 2019 here’s what we’ve been up to:

CASC has partnered with Tamizdat, a Brooklyn based advocacy group whose mission is to support the international mobility of artists and to make the US Visa process more affordable, reliable, equitable, and transparent. Recently CASC was a signatory on a Public Comment on the U.S. government’s latest proposal to expand its social media collection efforts!
The Department of Homeland Security has proposed to the information collection requiring Visa applicants to provide their social media platforms and all of their friends. Read the comment here.

CASC has hired Global Public Affairs again and will be returning to Ottawa in February 2020 to meet with government for a third round of advocating on behalf of Canadian comedians.

In June 2019, as a result of our Ottawa meetings, CASC was given an opportunity to provide witness testimony at the Parliament Hill meeting of the Standing Committee on Canadian Heritage with regards to The Canada Council for the Arts. Adam Growe expressed CASC’s support for budget allocations to the Council, and reiterated the importance for the Council to recognize comedy as art. LISTEN: https://soundcloud.com/canadianstandup/casc-testimony

See point 18. below for a synopsis of where we stand currently with The Canada Council for the Arts when it comes to properly recognizing comedy as art. We have included a link to an information sheet that the Council provided on how comedians can apply to the Council.

We are strongly urging CASC members to apply for Council funding, as well as apply to become Peer Assessors at the Council, and share their experiences with CASC for our files.

3. COMEDY IN CANADA? WHAT’S THE DEAL?

In July 2019 Adam Growe was invited to participate on an industry panel at Just for Laughs in Montreal. Representing CASC and CANCOM, Adam appeared with Dave Merheje, Michelle Daly (CBC), Sarah Fowlie (Bell Media), and Andrew Barnsley (Project 10) to discuss “Comedy in Canada: What’s the Deal?”

5. OFFICE OF THE MINISTER OF HERITAGE

In August 2019 Sandra Battaglini and Adam Growe had a teleconference with The office of the Minister of Canadian Heritage (to discuss funding for comedy, the CMF, Canada Arts Presentation Fund, and CANCOM*)

In August 2019 CASC was invited to participate in a nationwide Working Group teleconference lead by the Canada Media Fund (CMF), with screen sector stakeholders across the country. It was designed to discuss the CMF’s first-ever Early Stage Development Program. Adam Growe joined the call, and shared the feedback shared by CASC members about their experience applying for the fund.

In September 2019, CASC submitted a comment as an intervenor on a broadcasting license renewal for Super Channel. The CRTC asked for interveners to comment as Super Channel was being examined for being non-compliant with their condition of license. CASC expressed opposition to Super Channel’s request to reduce their Canadian programming expenditure requirements, the elimination of their requirement for Canadian script and concept development, and supported the CRTC’s response and concerns about Super Channel’s future payment of shortfalls in the funding requirements they had previously failed to satisfy. CLICK HERE TO READ

8. HEALTH INSURANCE AND BENEFITS/SAFETY AND ANTI-HARASSMENT

From July 2019 to October 2019 a CASC subcommittee met with various possible insurance providers, including The Actra Fraternal Benefits Society (AFBS). Lead by Scott Faulconbridge, this committee recommended a strategic alliance with AFBS and the Board approved their Arts & Entertainment Plan, which will roll out asap.

This alliance with AFBS, including additional support from ACTRA, will also provide access to a brand new national service called the Haven Hotline. The hotline will be an invaluable resource to CASC as it would be a way for our members to report harassment/violence in the workplace and have resources and support from external experts.

We are exploring an opportunity to make the new Haven Hotline a resource for CASC Members with their membership dues.

In October 2019, CASC posted a Federal Election Platform Statement encouraging members to give attention to candidates and parties who were campaigning to improve arts funding, improve export activities for artists, strengthen the creation of original Canadian content, and promote the talents of Canadian artists. READ HERE

CASC had conversations with Just for Laughs about our #PayComedians campaign in the Spring of 2019. For JFL42 in Toronto, Just For Laughs committed to ensuring all artists are paid for performances that are part of the festival. In addition, for producers who have shows within the festival who are booking the talent themselves, JFL clearly articulated their expectations that all artists are paid and that it is a priority for the festival. However, this does not mean comedians were paid fairly. In fact, several comedians were paid which amounts to an honorarium which was not commensurate to the venue or ticket price. #Paycomedians means paying comedians fairly and justly and this is something we will continue to lobby for on behalf of comedians.

For the Montreal festival, Just For Laughs communicated to ensure all artists are treated fairly and respectfully, but they will need more time to do a full assessment of all artist booking procedures in the future. For this year’s festival in Montreal, several comedians were not paid for their performances at the newly launched New Faces Canada. Additionally, the exclusion of Canadian comedians at all other New Faces Showcases diminishes the impact of the incredible pool of talent in our country. The ghettoization of Canadian comedians at our festivals that receive major government subsidies is no longer acceptable to us and we would like to see this practice end.  We fail to understand why there are no Canadians at New Faces, New Faces Unrepped, New Faces Characters and New Faces Creators. This is of critical importance that Canadians are represented at all showcases and we urge the Festival to reconsider their booking formula.

FYI: CASC also proposed a celebration of Canadian comedy legends in the hotel main lobby space during the Montreal Fest. Just for Laughs responded positively, but there was not enough time or resources for CASC to make it happen at the 2019 event.

In October 2019, CASC launched #PayComedians in a social media campaign to bring attention to labour and employment issues for Canadian comedians. https://canadianstandup.ca/paycomedians/

11. CANCOM: THE FOUNDATION FOR CANADIAN COMEDY

In October 2019 CASC and The Foundation for Canadian Comedy (CANCOM)* submitted an application to Ontario Creates’ Business Intelligence Program to fund a study: Profile and Value Chain Analysis of Ontario’s Comedy Content Creators. If approved, the consulting firm Nordicity will work with CASC and CANCOM to deliver this first-ever analysis of the importance of Ontario comedians in the screen sector; the challenges faced by Canadian comedians; and how to keep Ontarians living and working in the comedy industry in Canada. The lens is on Ontario, but this project will provide valuable insights for the comedy industry across the country. The first two industry stakeholders to provide support to CASC and CANCOM for the study were ACTRA Toronto and Just for Laughs. Since then, Project 10, BUCK Productions and Frantic Films have also come on board with support.

*The Foundation for Canadian Comedy (CANCOM) was established in 2019 to foster the creation of Canadian comedy content to present and distribute at home and abroad. CANCOM will maintain an economic and development infrastructure to stimulate employment and investment through the production of Canadian comedy, including produced media and live performance. Unlike CASC, CANCOM is not involved with policy advocacy. Similar to CASC, it is a federally registered not-for-profit incorporation.

12. LABOUR, WORKPLACE, AND STANDARDS OF PRACTICE

CASC subcommittees, including the Industry Relations Committee, continue to work on documents including a Code of Conduct, Baseline Rate Guidelines for clubs, festivals, corporate events, etc…, a working definition of a Professional Comedian, and Safety, Anti-Harassment, and Anti-Discrimination Agreement. Some of these documents will be CASC value statements vs. policy, since a lot of the response and action will be handled by external experts through AFBS and the Haven Hotline, (e.g. Harassment, Safety).

Ambassadors are volunteer members who help communicate what CASC is working on to other comedians in their communities. They are not elected and there is no limit on the number of Ambassadors for any given community, some of which are still without an Ambassador.

At the beginning of the summer, CASC Ambassadors were approached to indicate their commitment to continue in their roles. The Board intends to increase the level of engagement across the country, and these comedians are greatly appreciated:

We need Members to pay dues, (we have 900+ in total, of which 160 have paid the $50 dues- thanks to those who have!). We also need more event donations and fundraising efforts through existing grant programs.

A CASC fundraising subcommittee was established. No current info to report.

The ACCESSIBILITY COMMITTEE has been working on a survey for producers and venues.

While this was not included in our original Plan of Action, this epic documentary essentially summarizes almost everything mentioned above in a 75 minute narrative featuring some of the greatest comedy talent in the world, and Sandra Battaglini leading the charge. Director and comedy champion, Matt Kelly, got the film financed and it was featured at the Ottawa Canadian Film Festival and the Hamilton Film Festival.  It  premiered in Toronto Nov. 14th at the Fox Theatre to a sold out crowd and a standing ovation. MUST SEE! MUST SHARE! WATCH TRAILER:  mayorofcomedy.com

17. COMEDY IS ART FESTIVAL and the NEW COMEDIAN IN RESIDENCY PROGRAM

In early October the Theatre Centre hosted a week long event celebrating the art of comedy. Artistic Director Aislinn Rose and Bar Curator and Manager Liza Paul met with Sandra Battaglini over the summer to lend their support to our movement and together they hatched a plan. The festival was incredible and the Theatre Centre announced the unprecedented initiative to open their Artist in Residency Program to Comedians – the first of it’s kind. This is a remarkable opportunity for comedians to develop new ideas and collaborate with Canada’s top theatre. CLICK HERE TO APPLY

18. SYNOPSIS OF THE CANADA COUNCIL FOR THE ARTS’ PERSPECTIVE ON COMEDY

The Council is adamant that comedians CAN apply for grants, as well as become Peer Assessors.

The reality is that comedians often run into barriers setting up a profile, applying for grants, and becoming Peer Assessors at the Council.

CASC is asking for members of the comedy community to apply for grants and apply to become Peer Assessors, and share their experiences with us.

There are no current pathways for consultations between the Council and comedy artists. CASC has offered to select relevant comedy artists and submit them in advance in order to get this conversation started. The Council’s response to our requests to evaluate comedy outside of being a theatre or literary submission has recently been, “if we approve comedy, where do we draw the line?”.

Questions you can ask your local Council representative:

-At what stage is the process towards a new modernization of the Council’s funding model?

-What insight do you have in terms of what criteria the Council is looking for from self-nominated Peer Assessors?

-What opportunities are you aware of for public consultations with the Council, and for comedy artists to have meetings with Council Program Officers?

READ The Council’s instructions for how comedians can apply: In English – En Français

CASC and the Media

CASC has received a lot of exposure by both Candian and international media for our efforts and we are proud of the impact our work is starting to have on the conversation about comedians rights. Here’s some highlights from the past six months:

Interrobang on CASC’s Trip to Ottawa

All of the above are the main action items CASC has accomplished since Incorporating as a not-for-profit less than a year ago. There are countless emails, calls, social posts and messages, and media interviews CASC Board members, Committee members, Volunteers, and Ambassadors have been responding to as well. 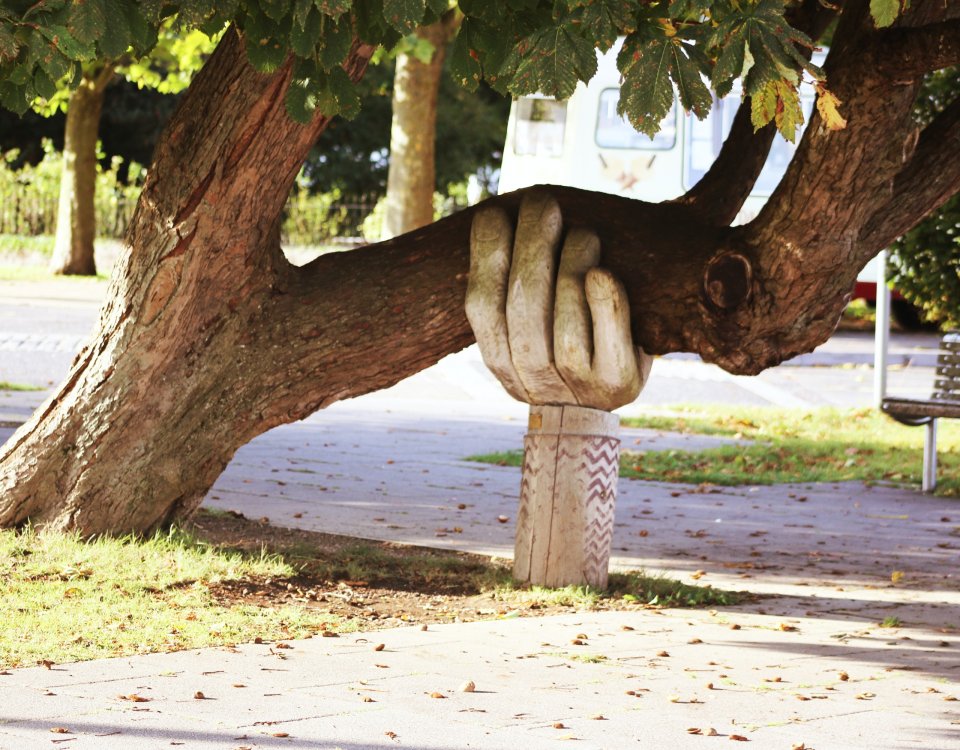 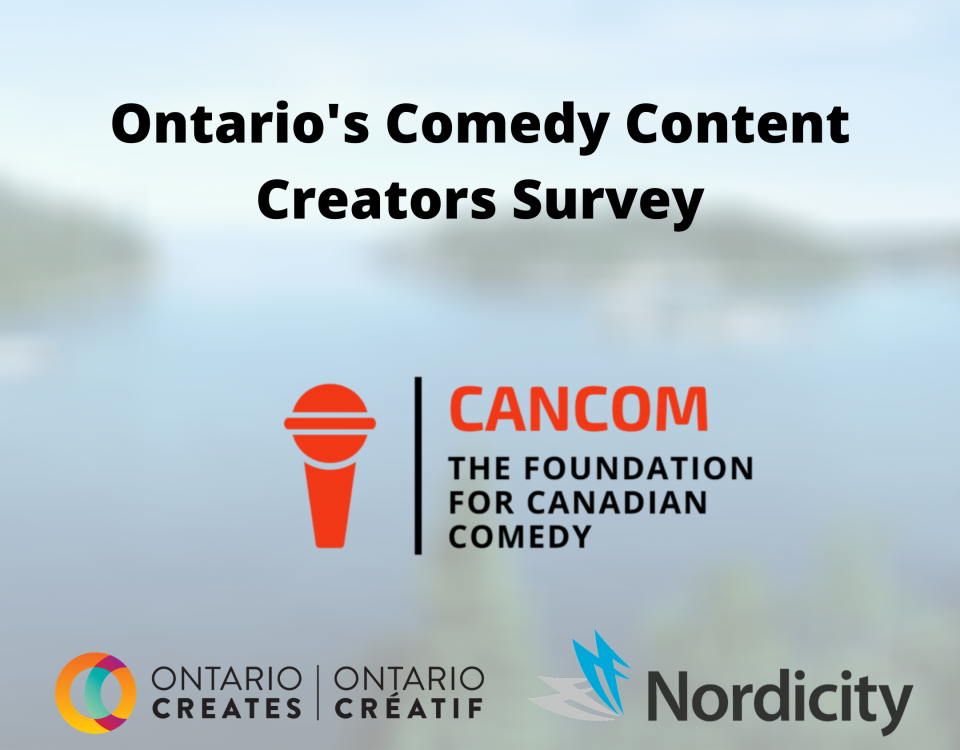 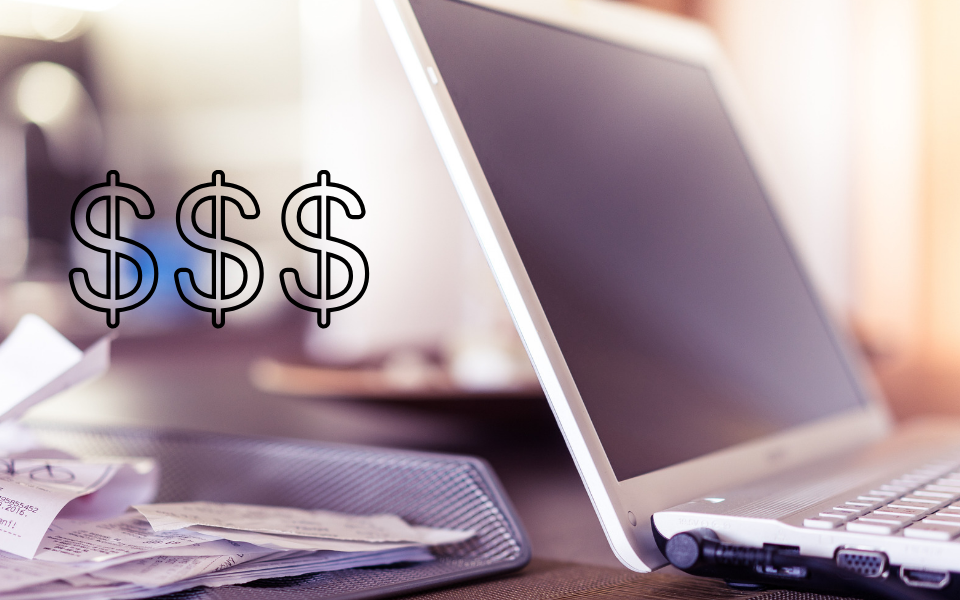